Why should an Indian learn Japanese? You’d be surprised!

Globalization, it is often said, opens up foreign markets, which is one of the reasons why learning Japanese is essential. After the United States and China, Japan has the world's third largest economy. Japan's economy is greater than Germany's and the United Kingdom's, which are ranked fourth and fifth, respectively.

While it may be more difficult to locate a Japantown than a Chinatown, the Japanese diaspora can be found in a number of countries.

The people of India and Japan are guided by common cultural traditions including the shared heritage of Buddhism and share a strong commitment to the ideals of democracy, tolerance, pluralism and open societies. In recent times, Indians have also developed a fascination for Japan- their food, culture, fashion and a lot more owing to the popularity of anime and pop culture in general. Here are 6 benefits of learning Japanese language in India.

You would be able to study in Japan or find work in an MNC if you pursue advanced education in the Japanese language. Since India's bilateral relationship with Japan has only grown stronger, there is no shortage of opportunities for you if you speak the language. Japan's education system is often regarded as one of the strongest in the world. As a result, obtaining an educational degree from there may be a valuable advantage to your career.

2. Prospects for a career

Japan is a leading producer in many booming industries, including automobiles, electronics, infrastructure, and semiconductor manufacturing. The Japanese are one of the world's leading countries due to their high-quality manufacturing standards and push for creativity. Consider assimilating into a stable economy and its different industries solely because you speak the language. There are a few different career options a Japanese speaker can have in Japan as a result.

There are very few people who can effectively communicate in Japanese, especially in India. As a result, it is fair to say that competition in this area is minimal, and you have a significant competitive advantage in the industry to work in various career fields. Japanese companies are present not only in India but throughout the world. So imagine how many doors open up for a bi-lingual Indian who understands both English and Japanese fluently.

4. There is a high demand for translators.

After mastering the Japanese language, you can earn a living as a language interpreter, translator, or even a teacher. In these sectors, there is a lot of work and money to be made. Japanese is in high demand for translation and related services, and competition is limited, making it easier for you to find high-paying jobs. The potential is enormous, especially in the tourism industry, which frequently needs translators. You may also work for export houses, embassies, diplomatic missions, industry, and trade, among other places.

Your knowledge of Japanese will help you get a job teaching English in Japanese high schools or even working for the government in some local Japanese organizations. The Japan Exchange and Teaching Program (JET) is an annual program in which international students who meet the requirements and go through the evaluation process can stay and teach in Japan for a full year. It is a program that promotes internationalization by fostering mutual understanding between Japan and other countries. Its aim is to improve Japanese language education. During your stay, you will continue to learn Japanese.

If you work in technology, especially robotics, learning Japanese will be extremely beneficial. You would be able to comprehend cutting-edge Japanese technology. Aside from robotic tools that aid manufacturing and other labor-intensive industries, Japan has developed a wide range of robots, including animals and humanoids, for a variety of applications. Can you recall the Aibo robot dogs?

Japanese is widely regarded as a difficult language, but it is not as difficult as you would think, despite differences from European languages. You can grasp the fundamentals even though you don't know all of the Hiragana (Native Japanese words), Katakana (Foreign words), or Kanji (adopted Chinese characters).

With the aid of Rmaji, you can learn at least the basics of Japanese (Romanized Japanese). It was created to explain Japanese sounds in the Roman alphabet for those who do not know the three key scripts. To read a newspaper, one must be familiar with at least 2,000 Chinese characters, primarily Kanji. It takes time and patience, just like any other language. But, the good news is that Japanese can easily be learnt online in live sessions over a period of time. Consider enrolling for a Japanese masterclass that you can attend and master the language sitting at home!

More than just a side hustle: Why you should definitely invest in that skill class
Content Writing – Job opportunities that you could do 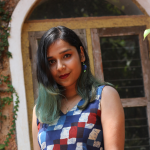 Banani Mandal
Through my education in both Multimedia and Communication, I have learnt that the most effective way to communicate to the human mind is through impactful design. I aim to use my knowledge in both fields to find ways to best propagate ideas and messages. I love creating and am always on the lookout for new opportunities to learn and grow.
Livestream Infra Technologies Pvt Ltd ©
Back To Top
×
Search